The effort is a uniquely powerful draw for the Midwest as Nebraska seeks to become U.S. Space Command’s permanent home. 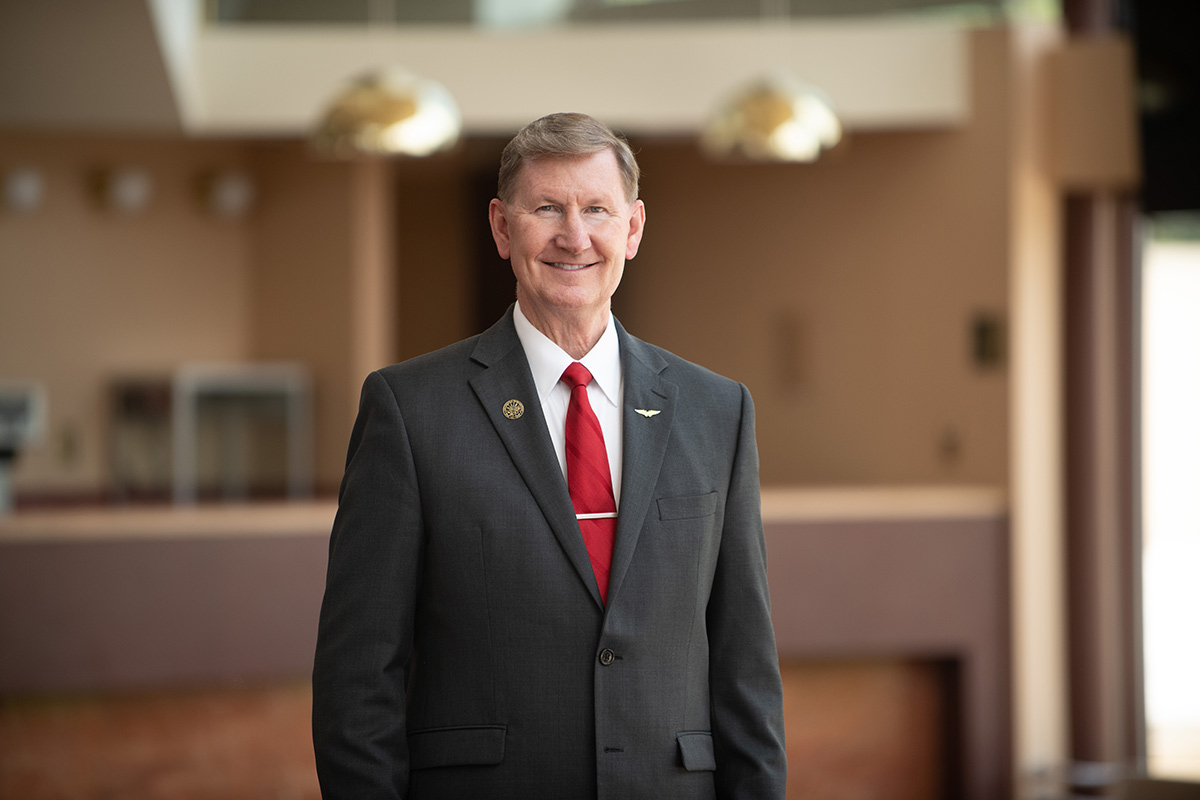 University of Nebraska System President Ted Carter, together with three other public Midwestern university leaders, have announced a commitment to a new, first-of-its-kind academic alliance in support of the research and workforce needs of U.S. Space Command.

“Our universities have numerous existing strengths on which to build this alliance,” Carter, Daniels, Hagerott and Myers wrote in a joint op-ed published in Sunday’s Annapolis Capital-Gazette.

“Now, we in the Midwest are ready, willing and better positioned than any other academic coalition in the country to again join forces to meet our nation’s urgent and complex defense needs. In our view, the Heartland is the right home for U.S. Space Command.”

The four institutions initially engaged in plans for a Higher Education Space Research and Workforce Alliance bring significant and diverse expertise in academics, military service and policymaking. Carter is a retired vice admiral in the U.S. Navy and past superintendent of his alma mater, the U.S. Naval Academy; Daniels is a former Governor of Indiana and former director of the Office of Management and Budget; Hagerott, a U.S. Naval Academy graduate, former Navy captain and Rhodes Scholar, leads an 11-campus system in a state that is home to two U.S. Air Force bases; and Myers is a retired four-star general in the U.S. Air Force who served as the 15th chairman of the Joint Chiefs of Staff.

Together, their institutions enroll some 163,000 students and offer nationally recognized programs in engineering, space law, cybersecurity, information technology and other areas relevant to U.S. Space Command’s work in protecting and defending the nation’s space assets.

The Midwest also is the only site under consideration that offers a direct tie to the Big Ten Academic Alliance, the premier academic coalition in the country.

“Midwestern institutions know how to work together to achieve results,” the university leaders wrote.

Initial objectives for the Higher Education Space Research and Workforce Alliance include:

National defense is already a key research strength for Midwestern universities. The University of Nebraska is home to the National Strategic Research Institute, one of only 14 University-Affiliated Research Centers in the country conducting exclusive research for the Department of Defense. NSRI – the only such center to be sponsored by a unified combatant command – was renewed this year with a $92 million federal contract.

Additionally, following a competitive process, the University of Nebraska at Omaha this year was selected as the national headquarters for a new Department of Homeland Security counterterrorism research center.

UNO is ranked as the nation’s No. 3 most military-friendly institution in the country by Military Times, and the University of Nebraska-Lincoln, the NU system’s flagship, Big Ten institution, is home to the country’s only doctoral-level space law program.

A long list of elected, business, education, military and community leaders have endorsed Nebraska as the new headquarters.

About the University of Nebraska System

The University of Nebraska is the state’s only public university system, made up of four campuses – UNL, UNO, UNK and UNMC – each with a distinct role and mission. Together the campuses enroll more than 51,000 students and employ 16,000 faculty and staff who serve the state, nation and world through education, research and outreach. For more information and news from the University of Nebraska, visit www.nebraska.edu/news.