For more than 100 years, the University of Nebraska Omaha (UNO) has served as the point of access for excellence in higher education.

The Board’s action followed a national search that resulted in NU System President Ted Carter’s selection of Li as the priority candidate for UNO chancellor. Her candidacy then underwent a 30-day public vetting period during which she engaged with 600-plus UNO students, faculty, staff, alumni, and stakeholders to answer their questions and share her vision for Nebraska’s metropolitan university.

She is the first woman of color to serve as UNO chancellor and the first Asian-American in the history of the University of Nebraska System to hold an executive leadership role.

The administration of UNO is dedicated to student-centered leadership and proud to work with distinguished faculty drawn from the nation's leading graduate institutions.

The Board of Regents consists of eight voting members elected by district for six-year terms, and four non-voting student Regents, one from each campus, who serve during their tenure as student body president. The board supervises the general operations of the university and the control and direction of all expenditures.

Walter "Ted" Carter, Jr. began his term as the eighth president of the University of Nebraska on January 1, 2020. Carter, the immediate past superintendent of the U.S. Naval Academy whose tenure included records in graduation rates and student diversity and a top national ranking by Forbes Magazine succeeded outgoing interim President Susan Fritz.

There's strategy behind everything we do at UNO. Read our carefully drafted strategic plan and learn how it's implemented across campus to support students and faculty in their pursuit of scholarly excellence and research. 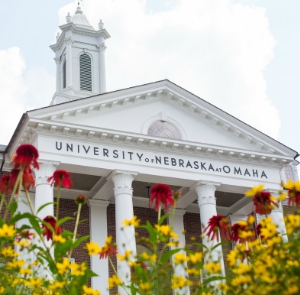 Our value is a direct result of our relentless dedication to our mission: deliver excellence in academics; commitment to students; and remain locally and globally engaged.

We call this the UNO Advantage.