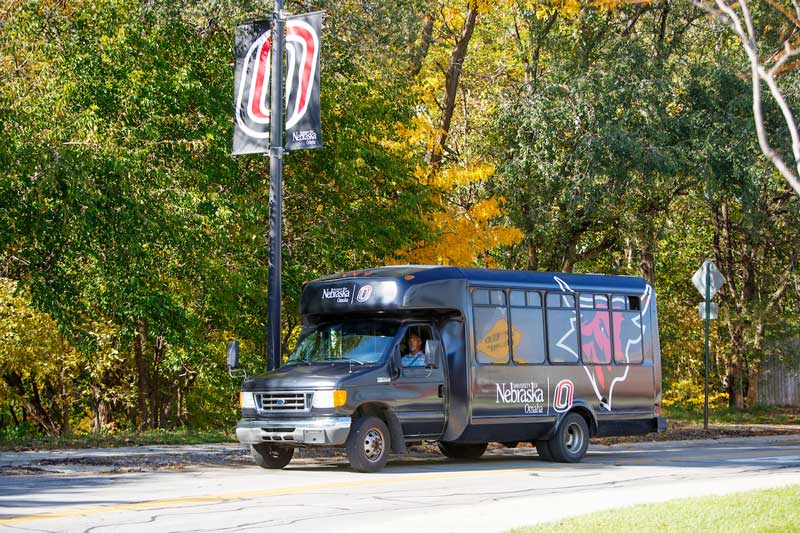 Beginning Monday, March 25, UNO will offer a shuttle that will transfer riders between the Dodge and Scott Campuses until midnight

Students, faculty and staff will now have a late-night shuttle option to get between UNO's Dodge and Scott Campuses.

Beginning Monday, March 25, UNO Parking Services will begin running a "Floater" shuttle that will run from 9 p.m. to midnight with stops at Maverick Landing, Mammel Hall and the Criss Library with stops roughly every 20 minutes. The floater shuttle is also ADA accessible.

The new route will impact the current Blue and Orange Routes, which go between Mammel Hall and the Criss Library and Scott Crossing and Criss Library, respectively. These routes, which previously ran until 10:30 p.m., will now end at 9 p.m. at which point the Floater shuttle will take over. Riders will not see a break in service during this transition.

"This was something the student body had been requesting for quite some time, so we are happy to be able to offer this flexible option for campus," explained Kevin Jones, UNO transportation coordinator. "We are excited to implement this new shuttle option and look forward to exploring additional opportunities to improve the campus experience in the future."

Those who utilize the shuttle service and may want to take advantage of this new option are encouraged to download the UNO Shuttle App, which provides real-time information on shuttle locations and estimated time of arrival to help plan travel schedules.