The UNO flag will be lowered on Monday, Nov. 9, in memory of UNO retiree Martha Helligso, who passed away on Oct. 26 at the age of 101. 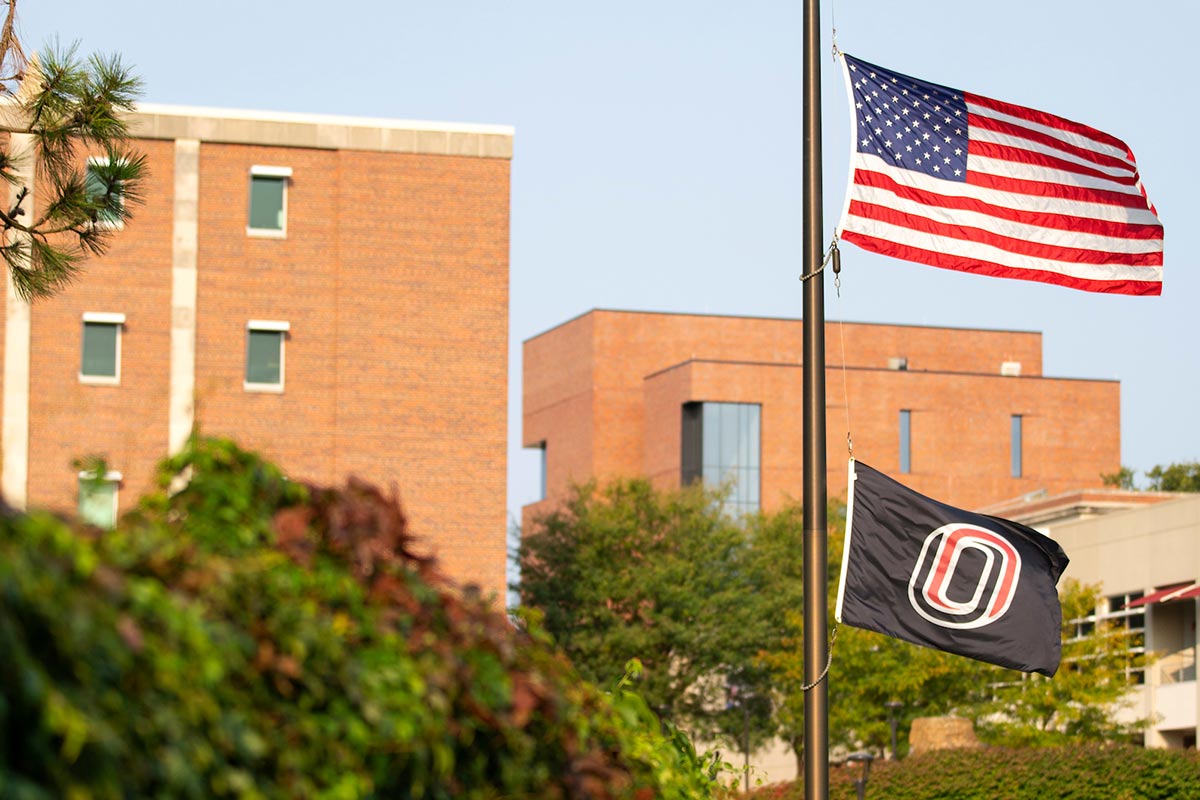 The University of Nebraska at Omaha (UNO) flag will be lowered Monday, Nov. 9, in memory of UNO retiree Martha Helligso.

Despite working at UNO for 20 years, from 1962 – 1982, Martha, or “Mart,” as she was called, had ties to UNO as a student. In fact, she earned her bachelor’s degree from UNO (then “Omaha University”) in 1937. She met her husband, Art, at OU as a doubles player during a ping pong tournament.

Martha returned to UNO in the 1950s, as well, earning a Bachelor of General Studies (now “Bachelor of Multidisciplinary Studies”) with a major in business in 1962. She was then hired by UNO as a secretary and eventually continued her education – earning an MBA in 1971.

Following her MBA degree, Martha became an administrative assistant for the Graduate College and worked there until she retired in 1982.

Martha is survived by her son Tom (Sandi) and her daughter Ruth (George); five grandchildren; 12 great-grandchildren; and many nieces, nephews, and good friends.
Memorial Contributions in her name may be sent to First Presbyterian Church, 216 S 34th Street, Omaha, NE, 68131.

The thoughts and condolences of the university community are with Margaret’s loved ones during this difficult time.