Playing isn't just about having fun — it's critical to learning and development, say UNO's Professors of Play.

The following story appeared in the most recent issue of the UNO Magazine, which highlighted how professors are serious about play, studying how it aids learning and development, using it to teach math or to aid recovery from a stroke, or just to have fun. Read the magazine online as a Flipbook or download a PDF.

When it comes to education, UNO associate professor Debora Wisneski is serious about play.

Wisneski developed the Play Lab at UNO, an innovative space that prepares aspiring teachers in the theory, science and application of play.

“We know through research on many levels — from neuroscience to developmental psychology, general teaching — and learning research and pediatric medical research — that play is how very young children learn and develop,” says Wisneski, the John T. Langan Community Chair of Early Childhood Education at UNO.

But there is a lack of hands-on facilities to train future teachers in play-based education.

Wisneski and Peggy Pawloski, a play environment designer, former kindergarten teacher and UNO graduate, created the Play Lab in 2017 to fill that void. The lab features art materials, games, a small library, a puppet theater, comfy seating and a communal workspace. It also complements a STEM lab that prepares future educators in teaching math and science and an IDEAS lab that provides professional resources for education students.

“The Play Lab allows our students to learn through play themselves,” Wisneski says, “then learn how to use play to teach.” 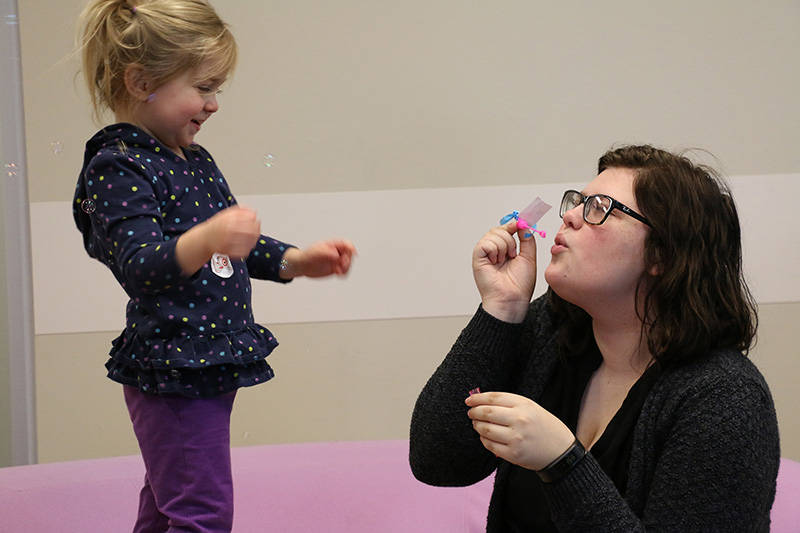 A Loss of Playtime

To play is to progress.

“We do know from the research that when very young children are deprived of play, their learning is diminished and they can have problems, either emotionally or cognitively,” Wisneski says.

Play can be child-directed, teacher-guided or controlled. According to research, none is particularly “better” than the other. “It’s about having the teachers know which type of play is necessary for the best learning at that time, for that child,” Wisneski says.

And that’s become something of a lost art.

In 2009, Joan Almon and Ed Miller, founders of the Alliance for Childhood, published a report highlighting dramatic changes in kindergarten education over the last two decades. Students were spending more time being taught and tested on skills and less time learning through play, exploration, exercise and imagination.

“These practices,” the authors wrote, “violate the long-established principles of child development and good teaching, and compromise both children’s health and their long-term prospects for success in school.”

“It caused a concern,” Wisneski says, adding that many of the performance-based changes in early education coincided with the No Child Left Behind Act. “There was some debate in the research because when you directly teach someone, surprise, their test scores go up.”

But, Wisneski says, those better scores didn’t necessarily translate to greater success for children in later grades. Neither did they account for play-based learning’s critical role in social-emotional learning and self-regulation. “We were finding that those students socially and emotionally were not doing well in the older grades,” she says.

UNO is ahead of the curve as College of Education faculty research and teach about play across various spheres. 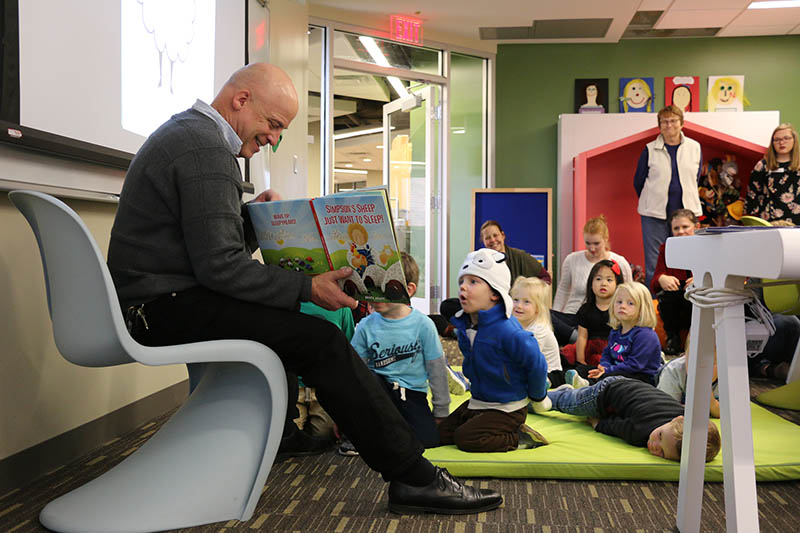 Adventures Beyond the Classroom

Karabon and Steiner in a 2017 study found that the exhibit offered children an opportunity to practice, refine and enhance their cognitive, physical, social and emotional skills. The richest play occurred in spaces where children developed pretend scenarios and transformed material and the environment into something from their imagination.

Karabon now is working on a research project funded by the National Science Foundation called BODYMODELS — Biomechanics to Offer Diverse Young Minds Opportunities to Develop, Explore and Learn STEM. The project provides professional development for early elementary teachers on how to use biomechanics, the study of the body in motion, as a way to teach STEM concepts.

“Kids love moving their bodies and seeing the results,” Karabon says, a Milwaukee elementary school teacher before joining academia. “Early educators can use these movements to discuss physics — forces, balance and motion — as well as mathematics —angles and comparing measurements.”

A former college softball player at the University of Nebraska at Kearney, Assistant Professor Danae Dinkel, is investigating how to support active play behaviors in infants.

“Usually people think of this in terms of ‘tummy time,’” Dinkel says. The practice involves putting infants on their stomachs, while awake and supervised, as a way to develop their neck and shoulder muscles and promote motor skills.

“From birth, we just want to make sure they have opportunities to move as much as possible,” says Dinkel, a faculty member in the School of Health and Kinesiology.

As children grow older, active play can offer parents opportunities to bond with their children through physical activity.

She says studies have linked moderate to vigorous activity and fitness with increased attention, executive function (working memory) and higher academic achievement. Dinkel is conducting her own study looking at how new parents encourage their babies to explore.

Education assistant professor Kerry-Ann Escayg, a native of Trinidad who taught preschool and elementary education in Canada before coming to UNO four years ago, says observing children’s play in the classroom can reveal racial perceptions and serve as a starting point for discussions on racism.

“Much of the research shows that children demonstrate racial beliefs through play activity,” Escayg says, adding that white children, in particular, are often found to exclude children of other races from play activities.

In addition to racial exclusion, racial beliefs and attitudes are expressed in what children prefer to play with. She references a recent Canadian study finding that children — irrespective of race — preferred to play with white dolls over black dolls. She says studies have shown that children’s racial attitudes begin to emerge around 3 to 5 years of age.

Escayg advises teachers to talk to young students about racism — and to go beyond traditional platitudes of “we are all the same” to deeper discussions about racial relationships and white privilege.