New graduates, faculty, staff and community members had the opportunity to hear from a Maverick in higher education on Friday, May 4, as part of UNO's May 2018 Commencement morning ceremony.

"The most transformative moment in my life was to go to a great public university committed to your success regardless of where you came from," he said. "You are all sitting here, where I was 40 years ago."

Crow, who has served as president of ASU since 2002, received an honorary degree for his commitment to innovation in higher education and providing access to students from all backgrounds, something UNO Chancellor Jeffrey P. Gold, M.D., called "embodying the Maverick Spirit."

In his speech, Crow was honored by his recognition at UNO for helping pursue his vision, where, "college isn't about who you leave out, or who you leave behind, but who you include."

He told the graduates in attendance to not spend time surrounding themselves with negativity; instead, he encouraged them to recognize that, along the "arc of human history" that today is the best day and they are the product of "the most successful achievement we've had in human history." 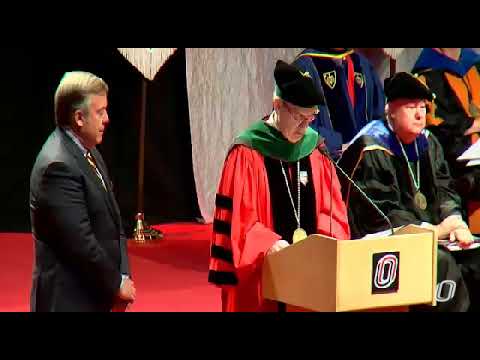