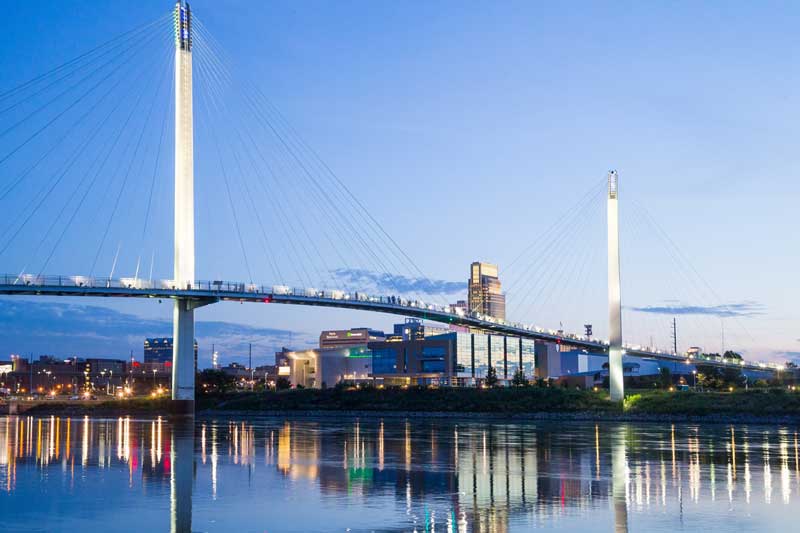 The report shows that during the 2000s, 85 percent of Nebraska counties had more people moving out than moving in.

OMAHA – A large portion of Nebraska is experiencing a significant demographic shift that has the potential to impact local economies according to a new report from the University of Nebraska at Omaha (UNO) Center for Public Affairs Research (CPAR).

The center’s report, “Comparing Nebraska Population Change by Race and Ethnicity,” highlights that while Nebraska added 115,000 to its population between 2000 and 2010, only 24 of the state’s 93 counties experienced a population gain. This means that nearly 75 percent of Nebraska counties had a population decline during the decade.

“In Nebraska, only evaluating total population change masks what is occurring to specific racial and ethnic groups,” said David Drozd, the author of the report and CPAR Research Coordinator.

Overall, minority groups contributed more than half of the population growth in 16 or two-thirds of all Nebraska counties with population gains during the 2000s.

These counties were also among the Nebraska counties with the highest net outmigration of non-Hispanic White residents, numbering a net loss of at least 1,100 in each case and often exceeding 10 percent as a rate over the decade.

“There appears to be a connection between a county’s demographic makeup and employment structure and the diverging population changes,” Drozd said.

The report also illustrates that only six of Nebraska’s 93 counties had a net inmigration of non-Hispanic Whites in the 2000s. These changes highlight a potentially significant economic impact, as the most recent and accurate Census Bureau data from 2011 through 2015 show that non-Hispanic White families in Nebraska have median incomes of $72,000, which are nearly double that of Hispanic families ($40,000) and more than double that of African American families ($35,000).

Therefore, Drozd said that while more research is needed to get a better sense of the reasons for these demographic shifts, including the net outmigration of more than 50,000 non-Hispanic Whites from Nebraska during the 2000s, studying the topic is important as there are impacts and ramifications from the changes.

“Net outmigration tends to lower residential property values and associated property tax receipts, and those leaving have numerous positive attributes that could serve the community through volunteering or taking various leadership roles,” he said. “Outmigration, regardless of race, removes wealth from the local area and increases the number of absentee property and business owners.

“State and local leaders and policy makers should consider these aspects carefully and have an open dialogue as they make decisions on economic development, fostering public or private programs and partnerships, taxation and spending, and other matters influencing overall quality of life that will impact and possibly greatly change their area for generations to come.”

A link to the full report can be found on CPAR’s website of http://cpar.unomaha.edu.