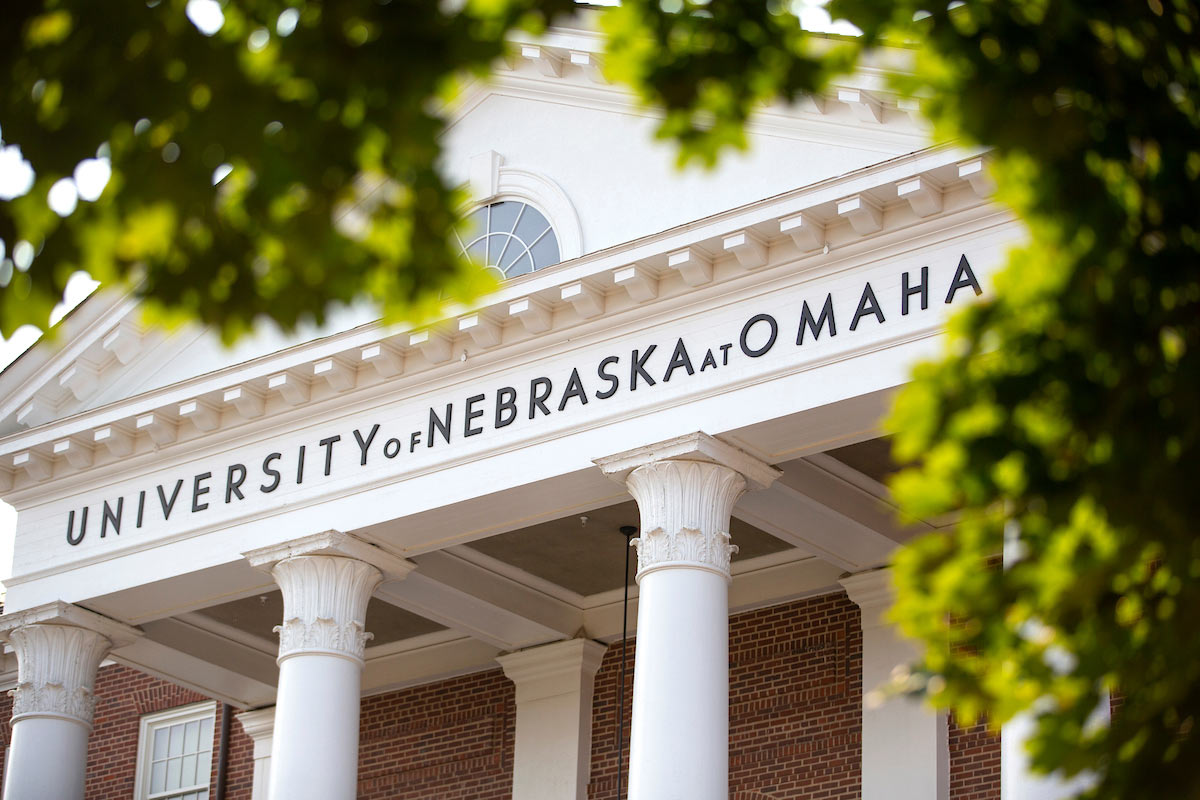 The University of Nebraska at Omaha (UNO) has launched a national search to hire its next Senior Vice Chancellor for Academic Affairs (SVC).

On Wednesday, Sept. 7, UNO announced the names of four finalists for the position. Information on the finalists is included below.

The SVC builds on the strengths of the colleges, centers of excellence, and other academic units to advance UNO’s reputation for academic excellence, scholarship, and service to the greater community and its commitment to integrated experiential, liberal, and professional education. Working closely with the Chancellor and other members of the senior leadership team, the SVC coordinates the work of all academic units with other offices and operations across the University.

The University of Nebraska at Omaha (UNO) has announced four finalists for the position of Senior Vice Chancellor for Academic Affairs.

The finalists, who were identified following a national search process, will be making visits to the UNO campus in the coming weeks and will take part in public forums on the following days:

Each forum will take place in person at the Milo Bail Student Center as well as online via Zoom.

At the forums the candidates will have the opportunity to speak to their expertise, backgrounds, and their vision for the future of UNO’s academic programs. Those in attendance and online will have a chance to ask questions of the candidates as well.

John Bartle, Ph.D., dean of the College of Public Affairs and Community Service and chair of the search committee, said that the four finalists demonstrated alignment with UNO’s values; a wealth of academic and administrative experience; and forward-thinking approaches to support the university’s academic mission. 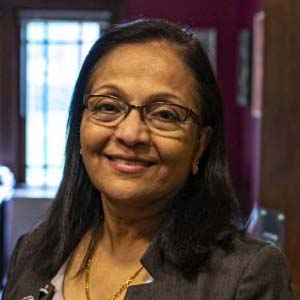 Meera Komarraju, Ph.D., currently serves as provost and vice chancellor for academic affairs at Southern Illinois University in Carbondale (SIU). She is also a professor of psychology at SIU. She has been a member of the SIU faculty since 2003 and has served in a number of roles including as director of the undergraduate psychology program, chair of the Department of Psychology, associate dean for student and curricular affairs for the College of Liberal Arts and then dean of the college. Komarraju took on the role of provost and academic affairs in 2018. She holds doctorates in applied social psychology from the University of Cincinnati and in industrial-organizational psychology from Osmania University in India. 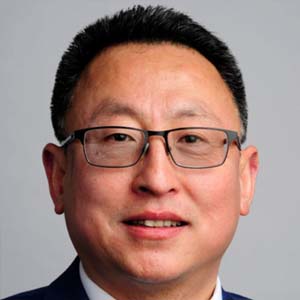 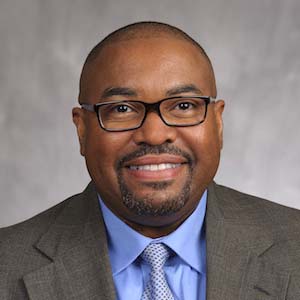 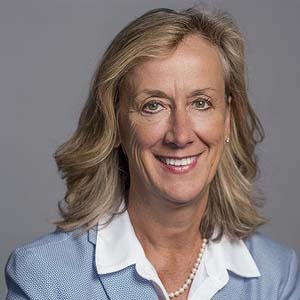 Sally Wallace, Ph.D., currently serves as dean of the Andrew Young School of Policy Studies (AYSPS) at Georgia State University, a professor of economics at Georgia State University, and as an extraordinary professor of the African Tax Institute at the University of Pretoria, RSA. Her previous roles include director of AYSPS’ Fiscal Research Center, chair of the Department of Economics, associate dean for research and strategic programs, and the provost at the University of Grand Bassam, Cote d’Ivoire. Wallace has also served as a financial economist at the U.S. Treasury as well as serving on tax reform commissions in several U.S. states and as resident chief of party for the USAID sponsored tax reform project in Moscow. She earned her Ph.D. in economics at Syracuse University and graduated with a B.A. in economics from William Smith College. 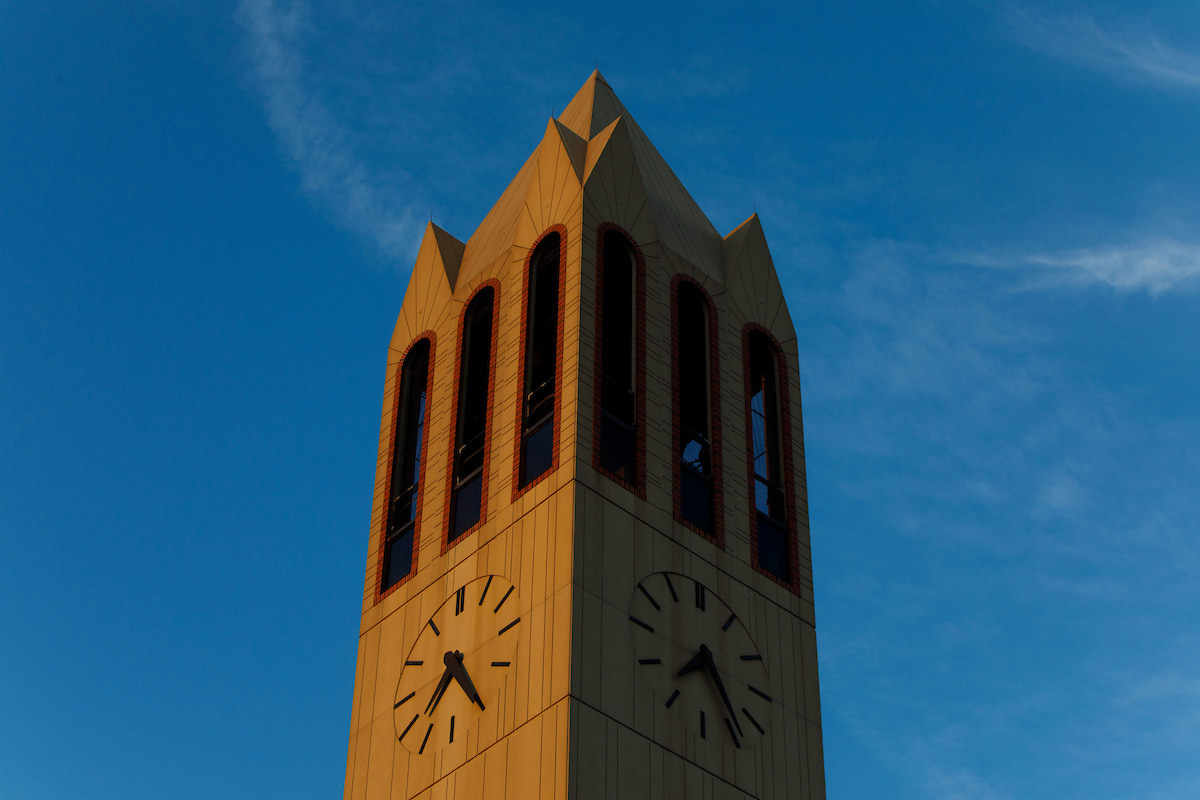 An update on our Senior Vice Chancellor search - 5/9/22

UNO Chancellor Joanne Li, Ph.D. CFA, has announced the members of a search committee that will assist in the hiring of UNO’s next senior vice chancellor for academic affairs along with members of the national search firm Diversified Search Group.

The group of individuals, led by search committee chair John Bartle, dean of the College of Public Affairs and Community Service, represents a cross section of students, faculty, staff, and community members to identify the most qualified candidate who best fits UNO’s mission as Nebraska’s leading urban higher education institution:

View the active position description for our current search and take a look at our "Know the O" book for more information about UNO, as well as information about our academic programs, student body, faculty research, the city of Omaha, and more.

Located in the heart of Omaha, the University of Nebraska at Omaha (UNO) is Nebraska’s urban university. We support nearly 16,000 students at the undergraduate, graduate, and doctoral level, as well as those pursuing continuing education.

UNO is an accredited, internationally recognized institution with more than 200 undergraduate programs and 30 undergraduate certificates, as well as 70 graduate degrees and certificates, including 8 doctoral degree programs. Our courses are taught by expert faculty who each bring theoretical and hands-on experiences to their classrooms. As a Carnegie Doctoral/Research University and a Carnegie Community Engaged University, we are not just educators, we are changemakers.

With more than 120,000 living alumni across the world, UNO has served as the launching pad for doctors, scientists, four-star generals, members of Congress, professional athletes, award-winning entertainers, teachers, CEOs, and countless other industry leaders. We do this by providing the support, skills, and resources to let anyone, regardless of background, achieve their dreams.

We are Mavericks; not just in name, but in how we approach access to higher education. Nearly 44 percent of our first-year students received Pell Grant funding, 40 percent of all our students are first-generation, 30 percent are from diverse backgrounds, and 11 percent are military-connected. Our student body is made up of learners from all 50 states and from 68 different countries. In short, we are strong because UNO, and Omaha, is for everyone.

Learn more about the UNO Campus

With a population of more than 1.2 million within a 50-mile radius, Omaha is integral to UNO and offers unlimited opportunities for collaboration. Students can find internships, careers, and other opportunities in the heart of Nebraska’s largest city. Omaha is home to four Fortune 500 companies: Berkshire Hathaway, Mutual of Omaha, Peter Kiewit and Union Pacific. Omaha also serves as a center of creativity, business and philanthropy, where leading companies, visionary nonprofits, award-winning arts and culture, and innovative start-ups flourish and attract a diverse range of world-class talent, from entrepreneurs to artists.

Residents and visitors can take in a concert at the world-famous Holland Performing Arts Center, catch an art house film at the internationally recognize Film Streams, stroll the more than 100 acres at the Lauritzen Gardens, or shop and dine in the Old Market, Midtown Crossing or Aksarben Village, right next to the UNO campus, featuring Baxter Arena.

The search for UNO's SVC is being led by the national search firm The Diversified Search Group. Search consultants are Kim Morrisson, Ph.D., and Euris Bell.

For nominations and inquiries: unosvcaa@divsearch.com