May 1-7 marks National Small Business Week and we're celebrating those small businesses whose founders, owners, and managers got their start on the UNO campus.

Omaha may be known for being home to four Fortune 500 companies, but it is also home to hundreds of small businesses and start-ups.

For decades, UNO has been a leader in workforce development - nurturing future innovators across Omaha, across Nebraska, and across the world.

Sunday, May 1, through Saturday, May 7, marks National Small Business Week and whether it's through the College of Business Administration, the Nebraska Business Development Center (NBDC), degree programs like IT Innovation, or through extensive internship opportunties - UNO graduates have gone on to do great things in the world of small business

Are you a UNO student or alumni with a small-business story you'd like to share? Let us know at contact@unomaha.edu.

Need resources for your small business? Contact the NBDC.

Korensky tapped fellow alums Jade Jensen and Spencer Robinson to round out his executive team. It's a true Maverick trio whose work is being honored as Nebraska's Small Business Persons of the Year for 2022. Korensky was also named a 2021 NBDC Champion of Small Business.

New entreprenuers or existing small businesses will come to Appsky with ideas for a mobile app or web-based app and Appsky helps those businesses make their dreams a reality. It is the same support the team received from the NBDC when they were first getting started, as well.

Now with eight full-time employees and sales north of $1 million, Appsky is not only growing, but helping Nebraska businesses grow as well.

“I am passionate about Nebraska’s workforce and economic development,” Korensky says. “We need good people to come here and to stay here to be able to build good companies.” 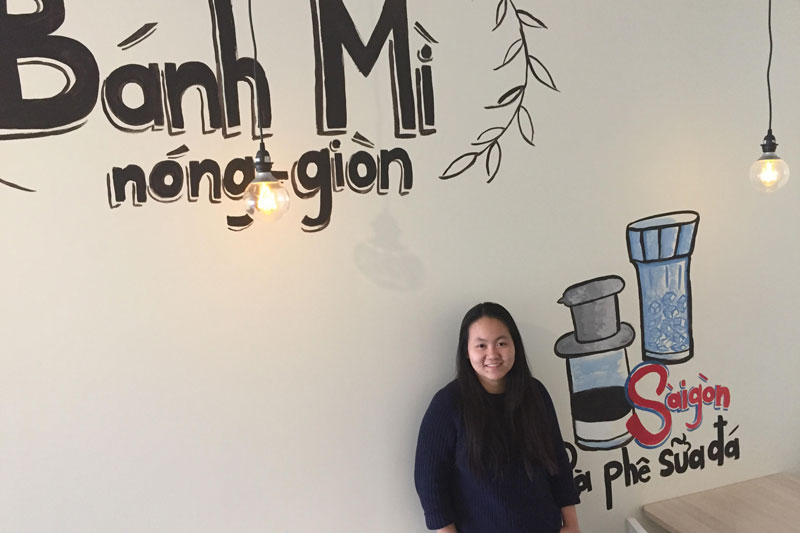 While she was still a student, now-alumna Chloe Tran opened a Vietnamese restaurant called The Bánh Mì Shop.

Born in Saigon, Vietnam, Tran moved to Nebraska in 2012 and opened her restaurant in Bellevue in 2017.

“I love that I get to bring my culture to this community," Tran told the UNO Gateway in 2018. "I’ve brought this introduction to Bellevue where I can employ people, and local customers can introduce their family and friends to this new thing.”

Working in tech is all about learning from failure or making progress through trial and error; not that any of Rick Knudtson’s first three startups were bad, but they were nowhere near as successful as what came next.

“The companies that I started [as a student] were actually me just trying to figure it out along the way,” he said. “My knowledge in computer science and the ability to actually write code and program was the avenue for me to start, eventually, what Flywheel has become.”

Knudtson, who was the focus of a 2019 "I Am the ROI" feature, co-founded Flywheel, a web-hosting company that specializes in hosting WordPress websites, in 2012 and served as the company's chief product officer until the company was sold to WordPress in 2021.

An Omaha native, Knudtson chose to study computer science at UNO not only because the university was close to home, but also because he was impressed with the quality of the facilities at PKI, rigorous technology curriculum and access to faculty.

“I was looking at getting into computer science and something like that in your backyard is pretty rare. I was pretty excited about the opportunity,” Knudtson said. “I remember my first day walking into PKI and I was asking for potential internships. I actually got to sit down with the dean that day and have a conversation. I think that is pretty amazing and I think that stuck with me.”

Knudtson is already on to his next start-up adventure, launching "Workshop", an internal communications platform to help companies build strategic, timely, and effective emails to their employees.

It's been eight years since Hannah Nodskov first pitched the idea of Hannah Caroline Couture at the national Collegiate Entreprenuers Organization meeting - earning "Student Startup of the Year" at the 2014 conference.

Since then, the Marketing and Entreprenuership alumna has been growing that same business into a successful online retail space specialzing in custom-made wedding gowns and formalware for women of all sizes.

In 2018, Nodskov was able to showcase her designs during Omaha Fashion Week, and recently one of her designs was featured on the red carpet at the 2021 Emmy Awards, worn by "Bridgerton" co-executive producer Lelia Cohan-Miccio.

“I definitely think that UNO was instrumental in me getting my career to where it is now,” said Nodskov. “If I had gone to a fashion school in one of the glamorous cities like New York or L.A., I really don’t think it would have given my business and my career what it needed.” 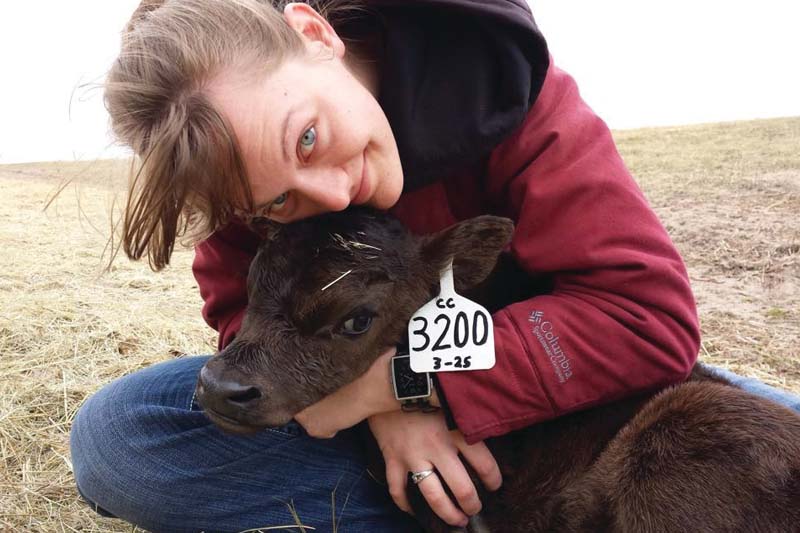 2014 was a good year for UNO students at the Collegiate Entreprenuers Organization conference.

Not only did Hannah Nodskov win "Student Startup of the Year" for her fashion business, but second place went to then-UNO senior Rachel Ostrander (now Brownlee) for her record-keeping app to help Nebraska farmers keep track of their cattle.

The idea was formed during a brainstorming session in her first IT Innvoation course as a sophomore. The inspiration came from her experience being raised on the Pine Creek Ranch in Rushville.

The company, called MooManager would go on to be formally launched two years after Brownlee graduated from UNO and is still used today by farms in the state, accounting for more than 60,000 head of cattle, including her in-laws ranch in Ashby, where they have 1,200 head of cattle.

More recently Brownlee has turned her attention to an earlier passion: Art.

While working on MooManager, and after moving from Omaha to Ashby, Brownlee also rediscovered her love of art. She held her first formal art show in late 2020 with more than a dozen scheduled since.