In his heartfelt message to the university community, UNO Chancellor Jeffrey P. Gold, M.D., thanked Mavericks for what he called a life-changing experience. 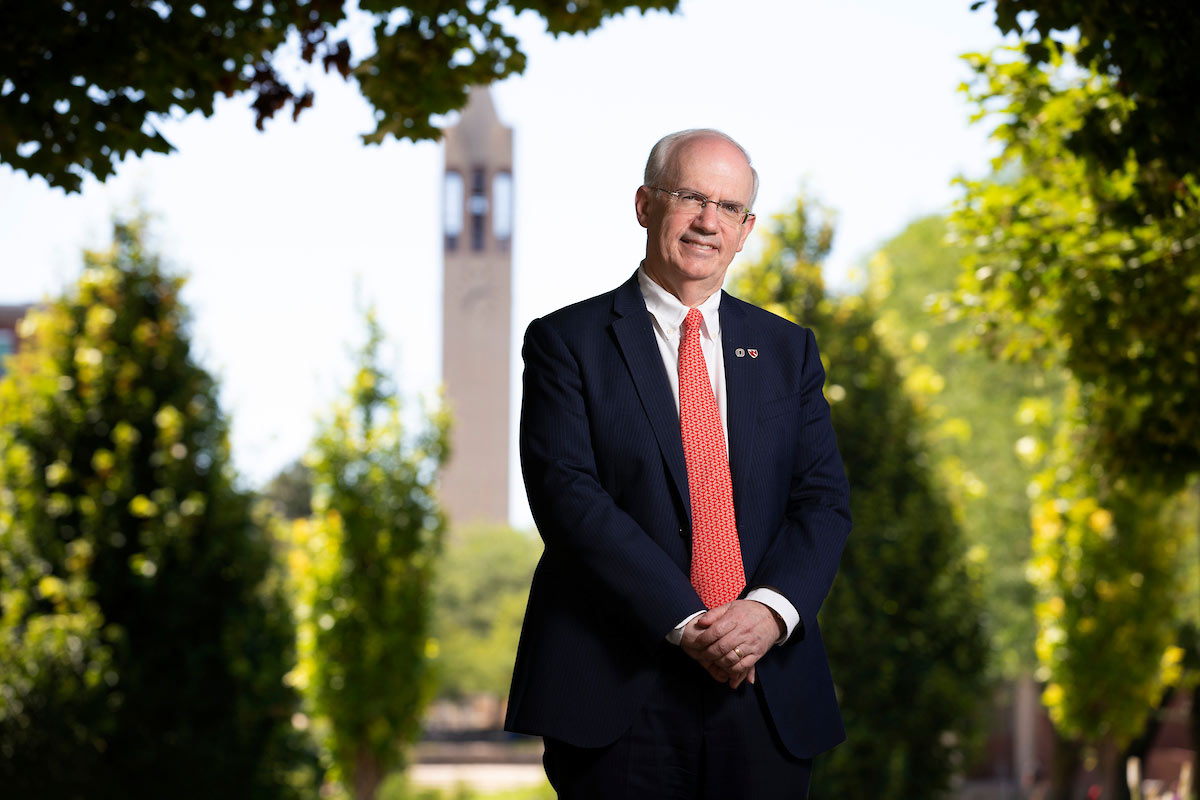 For University of Nebraska at Omaha Chancellor Jeffrey P. Gold, M.D., a journey that began in 2017 as an opportunity to lead campus will end this week as a life-changing experience.

In a video message shared with campus today, as his final day as UNO’s chancellor on June 30 draws closer, Chancellor Gold reflected upon four years of achievement that he credited to a passionate students, faculty, staff, alumni, and community partners.

“All that we had to do to accelerate this university campus on its path forward, a path towards becoming the nation's premier metropolitan university, was to polish, align, and follow your passions, your goals, and to continue to believe in UNO's ability to achieve our goals, to truly live our mission,” Gold said. “All that we had to do was to have the courage to continually stretch the envelope, to redefine and create, to build our own future.”

During his video message, Chancellor Gold said the Maverick Spirit will follow him into his next role.

“As our more than 100,000 alumni across the world would agree, the Maverick identity is not something that disappears or fades away when you leave the campus,” he said. “It is forever embodied within you. I can confidently say that as I continue my life's journey as UNMC's chancellor and begin a new chapter as the Executive Vice President and Provost of the University of Nebraska System, that embodied identity, this Maverick Spirit, will be my inspiration and truly my North Star.”

In his remarks, Chancellor Gold reassured campus that he will continue to be part of the UNO community.

“I don't consider this a farewell,” Chancellor Gold said. “As I said during my most recent State of the University address, this is a university campus that is inexorably linked with this amazing community. I won't be far away physically and even more so in spirit. So when we cross paths in the future on or off campus, please be sure to stop by and say hello. The door will always be open and the light will be on. I thank you for welcoming me into your lives and I thank you for forever changing mine. And as always, go Mavericks.”