These classes will be offered in the upcoming semesters. Check MavLINK for enrollment appointments and to enroll. 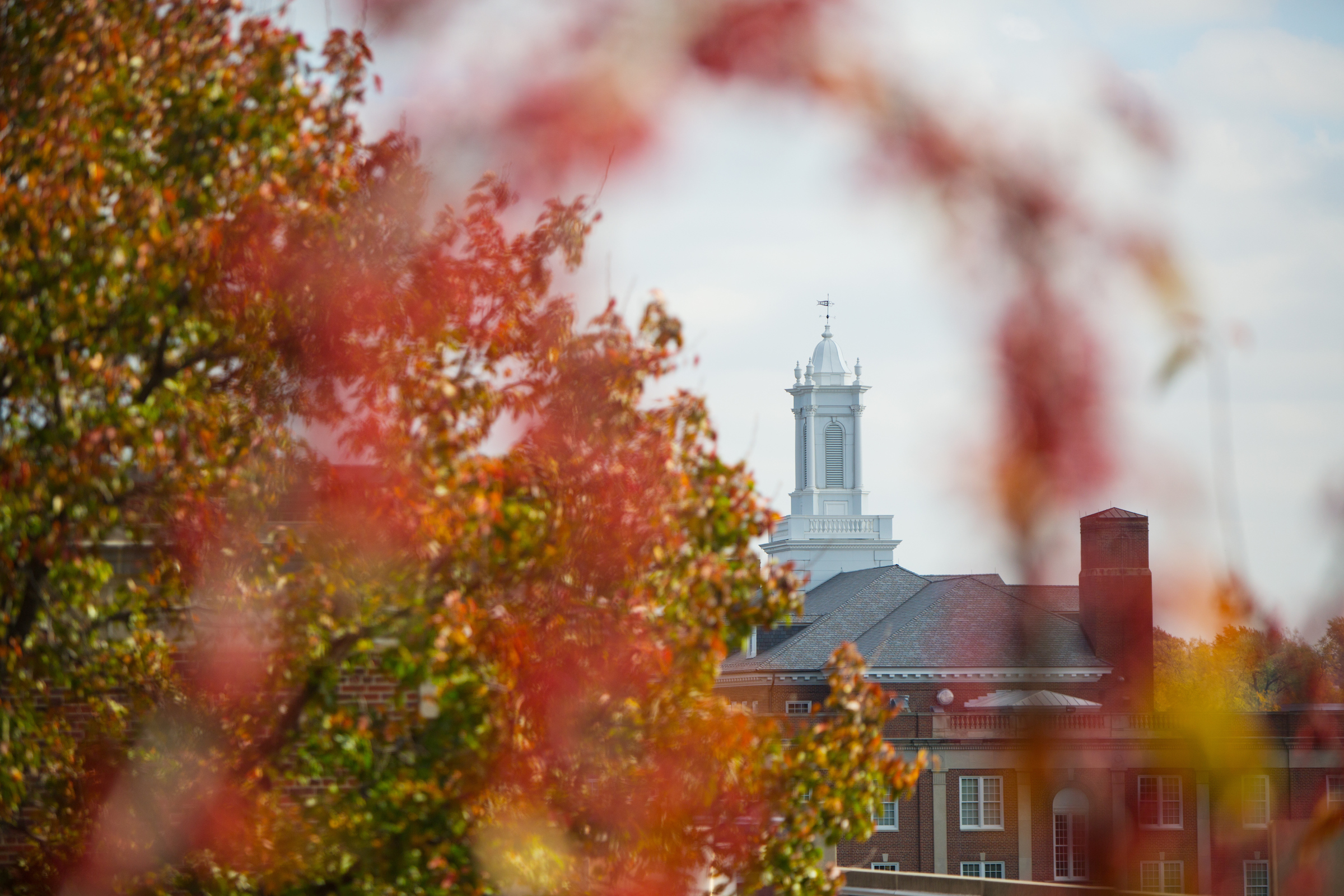 An introduction to statistics with particular emphasis on models and hypothesis testing covering analysis of variance, chi- square, F and t-tests, first-order regression and correlation.

An introduction to the methods by which psychologists attempt to create, disseminate and integrate knowledge about behavior. PSYC 3140 fulfills the Writing in the Discipline Requirement for Psychology and Neuroscience majors.

A broad survey of problems and practices in the diagnosis and treatment of emotional and behavioral disorders.

The study of persons in a social context and their resultant effective and ineffective behavior, with emphasis on types of adjustment.

A study of the capacities and interests of children and their individual differences. Factors that influence learning and an evaluation of learning and classroom procedures are included.

A study of the biological, social, emotional and cognitive development of the child emphasizing infancy and childhood.

*sections indicating course attribute: Offered through the Division of Continuing Studies are NOT open to any students pursuing a B.A. or B.S. in Psychology or Neuroscience.

A review of theory and available evidence useful in understanding changes and problems in the physical, intellectual, social and emotional adjustment of individuals in adolescence.

A study of the origins, development and nature of psychology and its relation to external events; emphasis on the period since 1875. (Cross-listed with PSYC 8016)

Prereq: at least 15 hours of Psychology credits including PSYC 1010 or approval of instructor. Not open to non-degree students or students in other departments or programs.

An exploration of historical and contemporary research and theory concerned with cognitive processes including attention, memory, problem solving and concept formation.

This course is concerned with the relationship between cognition and the brain. Special attention will be devoted to the techniques used to study specific relationships and the theoretical perspectives that have guided research in the area. Topics for the course include history, neural mechanisms, methods, lateralization of function, sensation and perception, memory, language, action and movement, executive processes, computer models, and the social brain.

A comprehensive study of the relationship of the nervous and other organ systems to behavior. Research on both human and other animal species is considered. (Cross-listed with NEUR 4230).

Consciousness is often considered one of the last great mysteries of science. Despite our internal experience of pleasures, sights, sounds, and pains, it is a largely open question why we have these experiences and what makes them happen. This upper level seminar class examines the philosophy, psychology, and neuroscience of consciousness. Topics covered will include neuroscientific theories of consciousness, unconscious perception, the relationship between attention and consciousness, animal consciousness, and detecting consciousness in the persistent vegetative state. (Cross-listed with PSYC 8256, PHIL 4250, PHIL 8256)

Prereq: PSYC 1010; or 6 hours in Philosophy. Not open to non-degree graduate students.

Laboratory and field studies of animal behavior with an ethological emphasis. Classical laboratory experiences and independent studies will be conducted. (Cross-listed with PSYC 8286, BIOL 4280, BIOL 8286)

The use of standardized tests in psychology and education is considered with special regard to their construction, reliability and validity. (Cross-listed with PSYC 8316)

Prereq: PSYC 1010 and junior/senior. Not open to non-degree graduate students.

In this course, students will examine the interaction between hormones, chemical messengers released from endocrine glands, and behavior in both human and animal systems. Methods for studying hormonal issues on behavior will be addressed. This course will provided students in psychology, biology, and related disciplines an understanding of how hormones affect sensory processing, motor activities, and processing of information in the central nervous system. (Cross-listed with PSYC 8326, BIOL 4320, BIOL 8326)

A course designed to examine the aberrant behavior of individuals. Symptoms, dynamics, therapy and prognosis of syndromes are considered. (Cross-listed with PSYC 8446)

A comparative approach to the understanding and appreciation of personality theories considering history, assertions, applications, validations and prospects. (Cross-listed with PSYC 8456)

The focus of this course is on the major social and psychological changes that occur as a function of aging. Both normal and abnormal patterns of developmental change are examined, along with their implications for behavior. (Cross-listed with GERO 4460, GERO 8466).

The goal of this courses is to survey the mental health needs of older adults. Consideration is given to identifying both positive mental health and pathological conditions. Treatment interventions effective with older adults and their families are also discussed. (Cross-listed with PSYC 8476, GERO 4470, GERO 8476)

PSYC 4510 PSYCHOLOGY IN THE SCHOOLS

This course introduces students to the academic and mental health needs of children and youth in schools, as well as how those needs are addressed individually and systemically. A service learning experience enables students to work directly with school-age children.

Laboratory work coordinated with PSYC 3520 and PSYC 3540 emphasizing the methods of research and statistical analyses used in the study of human development. Emphasis will be placed on the development of skills involved in the design of experiments, data collection, data analysis, reasoning about results, and scientific report writing.

The roles and functions of forensic psychologists, as participants in the legal system, are studied, with special emphasis on the relevance of theories and principles from social psychology. Psychological concepts, theories, data, research methods and applications to varied substantive topics are examined (e.g., forensic careers, police psychology, violence, criminal profiling, sociopathy and psychopathy, risk assessment, expert testimony, and corrections).

This is a survey course which will cover the major concepts, theories and empirical research related to organizational psychology. Specific topics will include: work motivation, leadership, decision making and job satisfaction as well as more recent trends such as cultural diversity, work teams, work-family and quality issues. (Cross-listed with PSYC 8636)

To provide a discussion of the antecedents of individual and organizational creativity, including measurement, models, characteristics of the individual and the environment that facilitate creativity and innovation in an organizational setting. Students in this course will be able to understand the research literature related to creativity and innovation and apply the findings to improve critical and creative thinking, implementation of creative ideas, and development of creative teams and organizations. This course supports the Organizational Science and Leadership concentration in the Master of Arts in Critical and Creative Thinking. (Cross-listed with PSYC 8656, CACT 8506)

This course presents legal principles relevant to all psychological specialties, with special reference to mental health services. Ethical reasoning and the APA ethics code are considered. (Cross-listed with PSYC 8806)

Prereq: 15 hours of Psychology credits including PSYC 1010 or approval of the instructor. Not open to non-degree graduate students.

Two credit hour Special Topics courses allow for in-depth study of psychology topics not offered in our regular curriculum. When enrolling, see notes section on course listing for specific topic. May be repeated as topics change, but six hours of Special Topics courses (PSYC 4910, PSYC 4920, and PSYC 4930) is the maximum that may be applied toward a psychology major.

Prereq: Variable according to topic.

Exams are taken through Respondus Lockdown Browser and Monitor (https://www.unomaha.edu/information-technology-services/instructional-technology/testing-technology.php). Alternately, students may arrange with the instructor to take exams at the UNO Testing Center.

Three credit hour Special Topics courses allow for in-depth study of psychology topics not offered in our regular curriculum. When enrolling, see notes section on course listing for specific topic. May be repeated as topics change, but six hours of Special Topics courses (PSYC 4910, PSYC 4920, and PSYC 4930) is the maximum that may be applied toward a psychology major.

A faculty-supervised special research project and or directed readings involving empirical research and appropriate oral and written reports arranged individually with students on topics not explored in other offerings. If students do not complete the work during the semester they enroll in the course, they must complete all the work within an academic year of their enrollment.

Prereq: A minimum of 10 hours of Psychology including PSYC 1010 & PSYC 1020 and 1 additional course. Completion of the Independent Study Form and permission from the Undergraduate Program Committee (UPC).

The course is designed to provide the student with the opportunity to initiate, design, analyze, and write-up an original experimental study in an area of interest to the student. Although the course is intended primarily for students who need to satisfy the requirement of a second experimental/laboratory course in the Bachelor of Science degree program, all students interested in this course will be considered on an individual basis.

Prereq: PSYC 3140 ('B' or better), 'B' average in major; signed statement from faculty member of Psychology Department who is willing to serve as adviser; written approval from chair of undergraduate program committee. Must be a 2nd semester junior or later.

For more information on any of the Psychology courses or to view course listings and course descriptions, please see the Undergraduate Catalog.