“In many ways, we have consciously and properly invented a country uniquely vulnerable to acts of terrorism.”

Edward A. Flynn is police chief in Milwaukee, Wisconsin, where he’s served since 2008. He was police commissioner in Springfield, Massachusetts from 2006 to 2008.

Prior to his appointment as secretary of public safety, he served for five years as the chief of police in Arlington, Virginia. In this capacity he was instrumental in the recovery effort at the Pentagon after the September 11, 2001 terrorist attack.

His began his career in the Jersey City Police Department, where he was promoted through the ranks of officer, sergeant, lieutenant, captain and inspector. He served as the chief of police in Braintree and subsequently Chelsea, Massachusetts.

Flynn is a Fellow with the National Academy of Public Administration, a member of the Board of Directors of the Police Executive Research Forum, serves on the Executive Committee of the International Association of Chiefs of Police, is on the Board of Directors for the Council of State Governments Justice Center, and serves on the Fight Crime Invest in Kids executive board. He is a past recipient of the prestigious Gary Hayes Memorial Award for Police Leadership from Police Executive Research Forum. He is currently serving on scientific review panels on technology for the National Institute of Justice.

He holds a B.A. in history from LaSalle University in Philadelphia, a master's degree in criminal justice from John Jay College of Criminal Justice in New York and completed all course work in the Ph.D. program in criminal justice from the City University in New York. Chief Flynn is a graduate of the FBI National Academy, the National Executive Institute and was a National Institute of Justice Pickett Fellow at Harvard’s Kennedy School of Government. 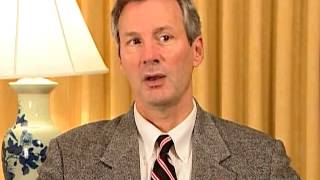