Outside the Classroom Learning

In the Department of Mathematics, there are many opportunities for students to engage with faculty, fellow students, their curriculum and content outside of the traditional learning environment.

The "Cool Math Talk" Series aims to present some interesting and fun uses of mathematics. The level of mathematics presented in these talks with be such that most undergraduate students with an interest in mathematics will be able to follow along. All interested students are encouraged to attend.

The Kerrigan Research minigrants program invites UNO graduate and undergraduate students to apply for minigrants to work on research projects with department faculty members. A minigrant project is for $500 payable at the end of the fiscal year (the fiscal year ends June 30) upon completion of the project.

Application Deadline: February 1st of the current academic year. Late applications will not be considered.

Problem of the Week and Solutions

View the Problem of the Week and Solutions Archive

Each December a group of undergraduate UNO students participate in the William Lowell Putnam Mathematical Competition.

UNO teams frequently place highly on the prestigious Putnam Competition, held annually for the top undergraduate mathematics students in the U.S. and Canada. The competition began officially in 1938 but has origins as far back as 1933 when 10 students from Harvard competed against 10 students from the United States Military Academy at West Point.

The competition consists of two, three-hour sessions of six math problems, which are graded on a scale of 0-10 points. Competitors must show the steps in their work to justify an answer and receive full credit, and partial credit may be given only when showing significant progress towards the solution.

Sponsored by the Mathematical Association of America, the competition has counted many distinguished mathematicians and scientists among its participants over the years, including Nobel Prize winner John Nash, noted for his work in game theory and differential equations and the subject of the 2001 Hollywood film “A Beautiful Mind.”

UNO teams routinely do quite well in this most competitive of university mathematics competitions. Every year since 2012, UNO has placed in the top 22% in the US and Canada. In 2013,UNO’s Putnam team placed 49th out of 557 competing institutions, good enough to be among the top 10 percent of participating North American schools. In 2019, again UNO’s Putnam team placed in the top 10 percent (56 out of 568).

Nicknamed the "Half-Putnam," this is a local, problem solving contest, imitating at a lower level the prestigious Putnam Competition. It is organized during the spring semester, on the first Saturday of March.

Eligibility: UNO undergraduate students who registered for it by the announced deadline.
View the archive of past problems and solutions

Calculus Bee and Calculus: The Musical!

The Calculus Bee is a contest for students currently enrolled in high school calculus. It takes place towards the end of the spring semester. The Bee consists of three rounds. The first round is a written test open to all high school calculus students. The 30-item exam is administered in the schools then scored at UNO to determine the 100 semi-finalists. The semi-finalists compete in a clicker round of timed questions the day of the Bee. From this competition, the top 8 are selected to compete in a double-elimination head-to-head round to determine the Calculus Bee Champion.

“Calculus: The Musical” is held in conjunction with the Calculus Bee each year. The “MaTheater” is a company that produces math and science musicals that are performed across the country each year.

Calculus: The Musical! and the Calculus Bee 2019

Eight finalists competed in the Calculus Bee in Baxter Arena at the University of Nebraska at Omaha in Omaha, Nebraska, Thursday, April 4, 2019.

High school students compete in the Calculus Bee in Baxter Arena at the University of Nebraska at Omaha in Omaha, Nebraska, Thursday, April 4, 2019.

Actors with Matheatre of Minneapolis perform Calculus: The Musical! for high school students in Baxter Arena at the University of Nebraska at Omaha in Omaha, Nebraska, Thursday, April 4, 2019. 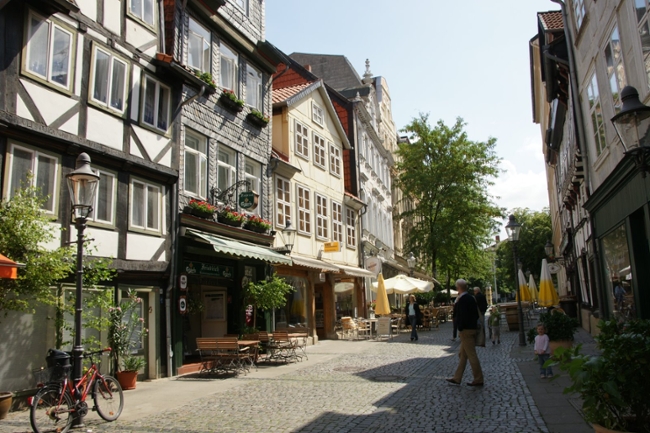 Complement What you Learn Studying Abroad

The opportunities for enhancing one’s understanding of Mathematics through foreign study are almost boundless.