The Department of Chemistry at UNO annually awards about $11,000 in scholarships to Chemistry Majors.

These awards range from support for research to over $2,000 in aid per year. They are diverse in that they support incoming freshmen to students in their last year at UNO. A brief summary of each scholarship is shown below including the general requirements for eligibility and the approximate amount of the award.

Although each has slightly different requirements and criteria used to determine the best candidate, some general themes include:

The applications for scholarships are generally made available around the first week of December and are due approximately mid-March. Students are informed of the department’s decisions by early April. Please contact the Department of Chemistry with any questions about the application process.

The C.R. Keppel Fund for Undergraduate Research in Chemistry

C. Robert Keppel moved to Omaha in 1960 with his wife, Barbara, when he became an assistant professor in the Department of Chemistry. With a B.S. in chemistry from the University of California, Berkeley and a Ph.D. in inorganic chemistry from M.I.T., Dr. Keppel was most helpful in raising the level of the chemistry program of the then University of Omaha.

He is specifically credited as a primary contributor to the university library’s acquisition of texts, treatises and professional journals not only in chemistry but also in physics and several other fields. Besides being a member of the American Chemical Society, Dr. Keppel was an active member in the Society of Ethnomusicology and the American Folklore Society. He sang pertinent chemistry songs in his classes while playing his vintage Martin guitar.

Upon his unexpected death at age 50, colleagues established the C.R. Keppel Book Fund to finance the purchase of chemistry books for the departmental library. Because of his devotion to chemical education and specifically the value of student research, the fund was later changed to the C.R. Keppel Fund for Undergraduate Research in Chemistry. This change was facilitated by the generous contributions of Barbara and son, David. David also developed the conditions for the new fund.

Dr. Nell Ward was the first chairperson of the Department of Chemistry. Dr. Ward earned her B.S. from the University of Nebraska and her Ph.D. from the University of Iowa and began teaching chemistry at the University of Omaha in 1917. At that time and until 1945, chemistry was a part of a division of natural sciences. When the Department of Chemistry was established as a separate entity, Dr. Ward was selected to head the department and soon hired Dr. Paul Stageman, a former student to help begin the development of outstanding chemical education at the university.

The sincere appreciation alumni expressed for Dr. Ward prompted Dr. James A. Carroll, Chemistry Chairperson from January, 2000, to June, 2012, to learn more about her. She encouraged and mentored other students, both as a chemistry student herself and as an Omaha University faculty member.

The Nell Ward Memorial Scholarship is meant to recognize her dedicated efforts on behalf of chemistry students’ welfare and education by continuing these in her name. When Dr. Carroll established the Nell Ward Memorial Scholarship, the University of Nebraska Foundation sent invitations to alumni to encourage contributions to the new fund. Two families responded by establishing their own scholarships in memory of Dr. Ward, obviously also impressed by Dr. Ward

Because of their experiences as students and as teachers, they saw the need for scholarship monies to help motivated students. This scholarship was established in their name in order to encourage past students, family, and friends to invest in current UNO chemistry students.

A significant contribution to education in chemistry was Dr. Linstromberg’s publication of Organic Chemistry: A Brief Course. First published in 1966, the textbook was used internationally and was published in Swedish, Spanish, Portuguese, Japanese, Chinese, and Turkish. The text was supplemented with a laboratory manual and a problems and solutions book. All three books were illustrated by Dr. Linstromberg himself. Mittie Linstromberg also had a successful career in education, teaching grade school for the Westside Community School District.

It was Dr. and Mrs. Linstromberg’s mutual dedication to education that gave rise to their scholarship to reward motivated and diligent students. Both of the Linstromberg’s children, John and Kathy, were instrumental in initiating the fund and have continued to support it

William and James R. Smith established the Omaha Testing Laboratory that specialized in asphalt and concrete testing for airfields and highways. William served on the Board of Regents for the University of Omaha. He presented Lillian her B.S. diploma. Daughter Marion Campen Mahone established the scholarship fund to honor her parents who were very active in the community.

Although both Lillian and William had difficult experiences during their youth, they did receive some opportunities and their diligence and motivation brought success. This fund is to provide opportunities for future students.

The "Fred W. Upson Grant-in-Aid" was established in 1968 by John F. Upson of Lincoln. Dr. Fred Wilbert Upson earned both his Chemistry B.A. in 1907 and Chemistry M.A. in 1908 from University of Nebraska. He worked with Prof. Samuel Avery whose specialty was synthetic chemistry. Upson earned his Ph.D. from University of Chicago in 1910, where he studied sugar chemistry. He was hired as a professor in the University of Nebraska Agricultural Chemistry Department in 1909 and became its Chair in 1913. He became the Chair of Chemistry when the two departments were merged in 1918 and served in that capacity until 1939, one year before his retirement. His research specialty was the chemical characterization of fatty acids and sugar acids.

Mr. Hitchcock was born in Omaha in 1859 and attended the public schools here before studying in Baden, Germany. Upon his return to the United States, he enrolled in the Law College at the University of Michigan. He received his law degree in 1881 and began his Omaha law practice the same year.

In 1885 Hitchcock established the Omaha Daily World and in 1889 he purchased the Omaha Herald. These papers were combined into the Omaha World-Herald which was first published on July 18, 1889. Mr. Hitchcock went on to serve in both the United States House of Representatives and the Senate. More information can be found at the Nebraska State Historical Society.

Dr. Dan Sullivan established this scholarship in 2007 for chemistry majors who desire to teach chemistry on any academic level. As an undergraduate student from a small town in Missouri, Dr. Sullivan was supported by a scholarship from the Masons. Upon graduation Dr. Sullivan became a high school teacher.

In 1961 Dr. Sullivan enrolled at the University of Omaha where he was supported by monies from the National Science Foundation for the further science education of high school teachers. The Department of Chemistry recognized his teaching abilities and made him an assistant instructor for laboratories and problem sessions in 1962. After receiving his Ph.D. in biochemistry from the University of Nebraska Medical Center, Dr. Sullivan became an assistant professor in the department. Dr. Sullivan is well recognized for his teaching and outreach activities, and is most appreciative of the generosity of others in supporting his education. This scholarship provides a mechanism for him to pay it forward for students who desire to be teachers.

The Frederic (Fritz) Laquer Scholarship in Analytical Chemistry Fund was established by Dr. Laquer upon his retirement from UNO. Dr. Laquer served the Department of Chemistry from August 1984 until his retirement in 2015, mainly teaching in analytical and freshman chemistry courses. Analytical chemistry and instrumentation were his passions as demonstrated by the endless hours he spent editing laboratory course manuals and working on instruments until they were operating properly. He was well known among faculty and students for his legendary attention to detail. He also tried to impress the importance of scientific ethics upon his students as the cornerstone for their professional work. He wanted them to understand that the best analytical skills were of no value unless the individual who generated the information adhered to professional ethics. Thus, the Laquer Scholarship rewards students who demonstrate good analytical skills and engage in appropriate ethical behavior. 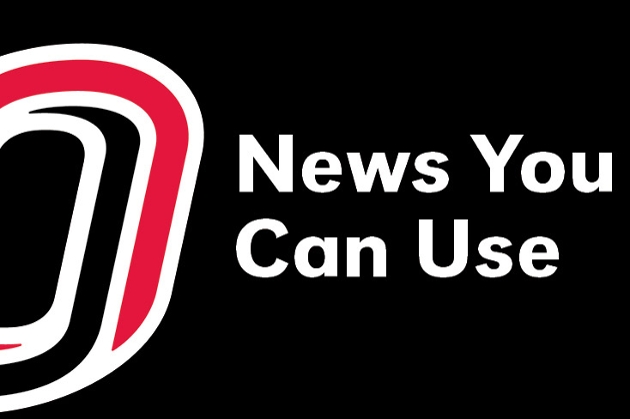