“I never fully appreciated how much courage one has to have to step into a position of trying to lead a community with differing views, opinions and voices.”

Valerie Lemmie is currently director of exploratory research for the Kettering Foundation a position she’s held since 2014. In 2005, Lemmie was a scholar-in-residence at the foundation and wrote about the value of public administrators working collaboratively with citizens in naming, framing, and acting on wicked community problems.

Lemmie is an adept strategic thinker with more than 35 years of experience in solving complex problems and controversial issues. She served as city manager for the cities of Petersburg, Virginia and Dayton and Cincinnati, Ohio; commissioner on the Public Utility Commission of Ohio; and district director and acting chief of staff for Congressman Mike Turner (Ohio’s 10th District).

Most recently, Lemmie directed the Eastern Interconnection States’ Planning Council, an initiative designed to evaluate transmission grid development options throughout the Interconnection. Lemmie has also served as adjunct professor at Howard University and the University of Dayton and as a fellow at the Center for Municipal Management at George Washington University.

A published author and speaker on public policy and utility regulatory issues nationally and internationally, Lemmie received her BA in political science and urban sociology from the University of Missouri and an MA in urban affairs/public policy planning from Washington University. 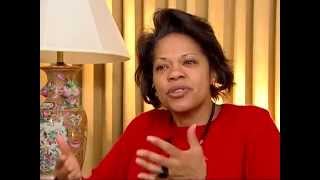