“Public service was a way I could contribute as an individual to try to improve the quality of life for all within a jurisdiction—that’s what drove me to it.”

Under Mr. Massiah’s leadership, the Management and Budget Department for the Port Authority of New York and New Jersey focused on developing the agency’s capital and operating budgets, management control strategies, and continuous improvement through program review and evaluation. The Port Authority’s 2014 Operating and Capital Budgets are over $8 billion.

Michael Massiah became the Chief, Capital Planning, Execution & Asset Management in June 2014.  Mr. Massiah began his Port Authority career in 1981 as a Management Trainee.  During his 32 years of service, he worked in progressively more responsible roles within the agency holding key positions such as Manager, Employment Division, Human Resources Department; and Director, Business and Job Opportunity where he directed programs that supported achievement of women, minority, and small business enterprises. In 2000, Mr. Massiah rejoined the Human Resources Department as Deputy Director, and then Director, Human Resources Department (HRD).  During this period following the 9/11 attacks on the World Trade Center, Mr. Massiah led efforts to rebuild the agency’s human resources functions.

While continuing to serve as Director of the Human Resources Department in January 2004, Mr. Massiah earned a special assignment as Director of the newly created Office of Organizational Effectiveness and Change Management (OECM), whose primary role was to identify and help implement over $200 million of cost efficiencies throughout the agency. Following the success of OECM, in March 2006, Mr. Massiah headed the newly constructed Management and Budget Department (MBD).

In June 2009, 2010, 2011 and 2012, the Government Finance Officers Association (GFOA) presented Mr. Massiah with the Certificate of Recognition for Budget Preparation.  These recognitions acknowledged Mr. Massiah’s role in the Port Authority achieving the GFOA Distinguished Budget Presentation Award, the highest award in governmental budgeting.

In addition to his work experience, Mr. Massiah holds a bachelor’s degree in History and Education from Le Moyne College and a Masters in Public Administration, with a concentration in Urban Management, from the State University of New York - Albany, and is a Fellow of the National Academy of Public Administration (NAPA).  As a NAPA Fellow, Mr. Massiah served on two Academy panels that reviewed the viability of The Defense Civilian Intelligence Personnel System.

Further, Mr. Massiah co-authored a keynote article for The Newsletter for the Section on Personnel Administration and Labor Relations of the American Society for Public Administration entitled “Making Sense of the Executive Selection Process” - (Fall 2006). 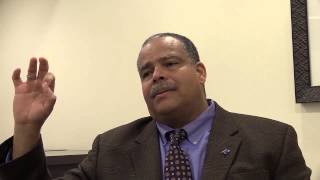