“When I think about public service, I think, ‘What is it at its very core?’. It’s helping one another make the passage from birth to death . . . as rich and as meaningful as it can be.”

Mary E. Guy is professor of public administration at the University of Colorado Denver. She is a Fellow of the National Academy of Public Administration and past President of the American Society for Public Administration. Her teaching and research focus on the human processes involved in public service delivery.  In recent years, her research focused on  emotionally intense jobs in public service in an attempt to learn what it takes to do the work day after day, month after month, rescue after rescue.  That research resulted in a book, Emotional Labor and Crisis Response: Working on the Razor’s Edge, which she co-authored with Sharon Mastracci and Meredith Newman.

Early in her career, Guy was a rehabilitation counselor for the Department of Human Resources in Augusta, Georgia. She also worked in the South Carolina State Hospital in Columbia, SC, as a clinical counselor in the Child and Adolescent Unit, then as a psychologist and supervising psychologist in the Adult Psychiatric Service, and, finally, as a quality assurance coordinator. 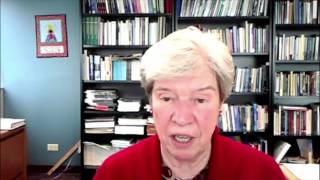