"President Nixon felt that the Bureau of Labor Statistics was interpreting the data in a way that he didn’t like. He said ‘Don’t they know they work for us? They should say what we want them to say.’ We never did that. . . . This is a scientific agency and that means that objectivity is essential.”

In recognition of her public service, she received Distinguished rank in the Senior Executive Service from President Reagan.

Janet Lippe Norwood, an Economist, was the first female Commissioner of the U.S. Bureau of Labor Statistics (BLS) in the U.S. Department of Labor when she was appointed in 1979 by President Carter. As Commissioner, she was responsible for the Bureau’s work in compilation, publication, and interpretation of statistics on employment and unemployment, prices, compensation, industrial relations, productivity, and economic growth. She testified monthly before the Joint Economic Committee and frequently before other Congressional Committees.

Dr. Norwood left the Bureau in 1991 and joined the Urban Institute as a Senior Fellow, a position she held until 1999. She was also appointed as the Chair of the Advisory Council on Unemployment Compensation, first by President George H. W. Bush in 1993, and then re-appointed by President Clinton. She stepped down from that position in 1996. She has been a Director of Mid Atlantic Medical Services, LLC since 1999.

Dr. Norwood is a Fellow of the National Academy of Public Administration and former President of the American Statistical Association. She is also: a Fellow, National Association of Business Economists; Honorary Fellow, Royal Statistical Society; Past Vice President and Member, International Statistical Institute; and was a Counselor and Senior Fellow at the Conference Board. Dr. Norwood holds a B.A. from Douglas College, Rutgers University and an M.A. and Ph.D. from the Fletcher School of Law And Diplomacy from Tufts University as well as an LL.D. Honorary from Harvard University, Carnegie Mellon University and Florida International University. 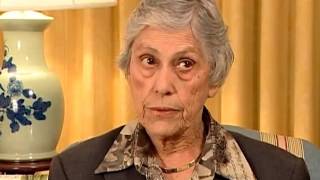