“If you ask me about my career and what it is I do, I tell people that, as a public servant, I solve problems.”

He has served as a city manager, development specialist, director of planning, and public administration programs, and an academic dean. He has consulted, lectured and conducted research in Africa, Asia and Caribbean countries.

Professor White has co-authored five books and more than 60 other scholarly publications. His professional activities include: founder and editor of the Journal of Public Management and Social Policy; president of the National Conference of Minority Public Administrators; president of the American Society for Public Administration; founder and director of the Gulf Coast Center for Healthy Communities; and, founder and past general chair of the International Consortium for Public Management, Policy and Development. He is also a fellow in the National Academy of Public Administration. 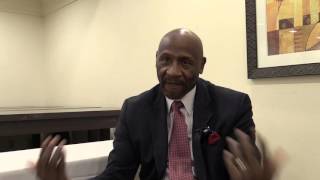