“I don’t think I know how to be anything else but somebody who cares and who mentors and who belongs in public service. I’ve been a servant to the public all my life and all my career.”

Audrey serves as a legislative advisor to the National Association Workforce Boards (NAWB) and the California Workforce Association.  She also has written workforce initiatives and testimony that was submitted to the Senate and House subcommittees on Workforce issues.

Audrey Mathews currently works and resides in the County of San Bernardino.  In 2004, Audrey was appointed to San Bernardino County’s Planning Commission representing the 5th District .  In 2008, she became a member of the Lytle Creek Watershed Advisory Board, working with CSUSB’s Water Resources Institute.  In 2009, she was appointed to the county's Workforce Investment Board and serves on the business resources, economic development, youth council, finance committees and is chair of the legislative committee.

She is a Professor Emeriti of Public Administration at California State University, San Bernardino (CSUSB) and in that role continues to teach.  Audrey wrote and edited a textbook and its accompanying reader The Sum of the Differences: Diversity and Public Organizations, McGraw-Hill 1999.  She has published numerous articles about public finance and personnel management, economic and redevelopment, organizational behavior, diversity management, and race and ethnic studies.  She has written numerous book chapters in the areas of diversity management and finance.  Current publications include Diversity Management and Cultural Competency and Cultural Diversity and Productivity, in Diversity and Public Administration, Theory, Issues and Perspectives, 2nd Edition, Mitchell F. Rice Editor, ME Sharpe, New York 2010 and the Need for a New Kind of Public Agency Service Delivery Professional: Possessing Cultural Competency Awareness, Knowledge, and Skills in an Era of Diversity in the United States, Mitchell F.  Rice, Texas A&M University and Audrey L. Mathews, California State University at San Bernardino, Susan Goodwin and Kristen Majors, Editors, ME Sharpe, New York.

In her administrative life, she served as Deputy Director for the Office of the Budget, District of Columbia Government for four years with responsibility for an operating budget in excess of $4.4 billion and a staff of 120 people.  Audrey served in the capacity of Director of Budget and Management, for the City of Compton.  Audrey's experience includes a stint as Program Director, Professional Development, for the University of Southern California, School of Public Administration.  .

Audrey has been a consultant to several big eight accounting firms, such as Dean Witter Reynolds and KPMG  and provided services to the Los Angeles Airport in management audits, and revenue bond sales.  At Metropolitan Washington Airport Authority, she served as a diversity management consultant and contractor for a $16 million new construction, renovation, and expansion project at Washington National and Dulles airports.  Other clients included the National Academy for Public Administration, So.  California Gas Company and others

Professional affiliations include the American Society for Public Administration where she serves at the national level as a member of many committees too numerous to name.  She is also Past-President of the Conference of Minority Public Administrator and Chair of Strategic Growth and she is a member of USC’s MPA Advisory Board.  She also holds memberships in numerous other National Associations.  For the Academy of Business Administration, she has served as track chair for the International and Global Trends conferences in 1998-2014.

Her awards and honors include Who's Who in America, The World Who's Who of Women, and Certificates of Appreciation from ASPA, COMPA, and SWPA.  Audrey was the 1986 recipient of the Will Baughman Award for extended service to the Los Angeles Metropolitan chapter, in 1994, she received the Julia Henderson Award for service to the Section on Women in Public Administration, and in 1995, and the prestigious Donald C. Stone National Service Award was given to Audrey for service to the public administration society.  In 1997, she received a Teaching Excellence award from the CSUSB, School of Business, and Public Administration, Research Award in 2000, and the Service Award in 1998, 2001, and 2004, Certificate of Appreciation from the Student African American Brotherhood 2007.  She was Professor of the Year in 2003.  COMPA awarded her the Pioneer Award in 1998 and the National Distinguished Public Service Award in 2004.

In 2007-08 Laverne University and in 2012-14 Park University named Audrey as their outstanding distinguish professor of Public Administration.  She was awarded the ASPA President’s award of Merit at the ASPA Conference in Dallas, Texas.  She was awarded the highest honor given by the Section on Women Public Administration, the Joan Fiss Biship Award for contributions to the advancement of women in Public Administration.  In 2013 she was award ASPA's Elmer B. Staats Lifetime Achievement Award for Distinguish Public Service. Finally she was honored by being named the Honorary Co-chair of the 75th Anniversary Annual ASPA Conference. 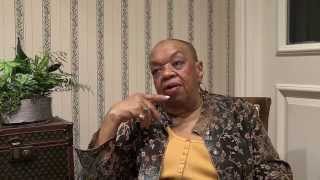