Here you can find a list of upcoming interviews, webinars, and workshops. Please check back often as this page will be updated regularly. In addition, previous events will be listed lower on the page for casual viewing. 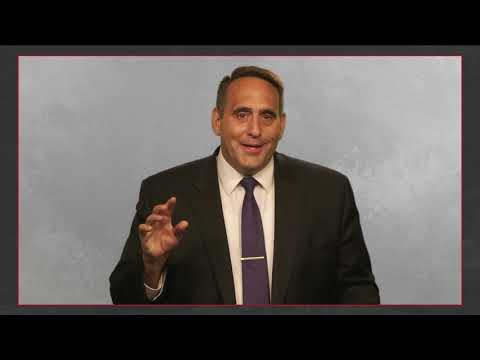 Breakout D: Building the DHS Workforce of the Future

NCITE’s first annual meeting, ENVISION21, featured a unique opportunity for DHS stakeholders to inform researchers and attendees with problems they currently face. This format, called the “reverse pitch,” emphasizes identifying the problem itself rather than formulating a solution.

After DHS senior leaders shared some of the challenges they face, the breakout session attendees then asked further questions to understand more about the problem itself rather than suggesting ways for DHS to improve. Without first identifying the correct problem to be solved, it can be difficult to ensure the proposed solution is addressing the right need to yield positive results. That is why the “reverse pitch” format is so effective.

Each session was moderated by an NCITE researcher and featured senior DHS officials as well as an NCITE student. At registration, ENVISION21 attendees were able to choose which breakout session they felt most aligned with their interests.

Session A: Challenges of Confronting Domestic Terrorism was moderated by NCITE Director Gina Ligon, assisted by NCITE graduate assistant Lauren O'Malley and featured senior leaders from the DHS Intelligence & Analysis Counterterrorism Mission Center. The two officials identified problems that focused on the information gap between the private sector and government. Specifically, they discussed the impacts that proactive versus reactive approaches in prevention can have as well as how academia can assist in filling the existing information gaps.

Session B: Next-Gen SAR Research & Implementation was moderated by NCITE Director of Innovation and Transition Doug Derrick, assisted by a UNO doctoral student in criminology, and featured senior leaders from the DHS National Threat Evaluation and Reporting Program (NTER) and leaders from the New Jersey Office of Homeland Security and Preparedness. They talked about the current needs and challenges DHS faces when it comes to SAR (Suspicious Activity Reporting) implementation, the SAR experience, and the perception of SAR by the general public.

Session C: Future of Terrorism Prevention was moderated by NCITE Researcher Joel Elson and assisted by NCITE graduate assistant Virginia Gallner. It featured a research advisor at the DHS Center for Prevention Programs and Partnerships (CP3). The session focused on new approaches to terrorism and targeted violence prevention as they relate to reaching vulnerable populations, addressing data needs, and CP3.

Session D: Building the DHS Workforce of the Future was moderated by NCITE Researcher Sam Hunter with assistance from NCITE doctoral student Vignesh Murugavel. It featured a senior leader from DHS Intelligence and Analysis. The session covered challenges in providing and disseminating training and development programs, recruiting, and how DHS communicates with its partner universities and Centers of Excellence.

Join us May 11 for a look inside the Coast Guard’s counterterrorism operations. Get a primer on how the oldest DHS component – founded in 1790 – has adapted to meet the changing threat environment.

This was an event previously scheduled in February, when record cold temperatures hampering power delivery forced NCITE to cancel. We are excited to present this event now with our guest presenters, Dr. Dane Egli, U.S. Coast Guard Counterterrorism and Defense Operations senior policy advisor, and USCG Lt. Commander Matt Brinkley in Omaha. We will premiere this event this through our website.

She is the Program Manager and Research Associate of the Transnational Threats Project at the Center for Strategic and International Studies (CSIS) where she analyzes global terrorist activity and irregular warfare conducted by state and non-state actors. She has published articles in the field. Among the articles she published are “The Escalating Terrorism Problem in the United States” and “The War Comes Home: The evolution of Domestic Terrorism in the United States."

Register now for the annual COE Summit. This year's theme is University Research and Workforce Development for a Safe and Secure Homeland. Exciting and interesting agenda.

Check out the speakers, panels, student experiences and more!

Michelle Black, Ph.D., an assistant professor in the Department of Political Science, answers the question: “What types of terroristic attacks is America most vulnerable to, and what is being done to protect us from them?” Click here to watch.

About Black - Prior to joining UNO, Black was a government civilian for the Department of Defense from 2009-2016. She specialized in Deterrence Analysis and Adversary Decision-making for the United Strategic Command (USSTRATCOM) Plans and Policy Directorate at Offutt Air Force Base. During her time at USSTRATCOM, she provided analysis and recommendations to senior leaders on decision-making strategy, deterring state and non-state actors, and regional expertise.