Steve Kaniewski serves as President and CEO of Valmont Industries, Inc. In his role, Steve is responsible for day to day operations for the company’s four operating segments. Valmont operates with 87 plants in 23 countries and 11,000 employees and has been in the international markets for more than five decades.

In addition to his work at Valmont, Steve currently serves as Chairman for the United Way of the Midlands and the AIM Institute where he has served on the Board since 2011. The AIM Institute in Omaha, is a nonprofit organization dedicated to building vibrant communities through technology. Steve also served on the Board of Advisors for the University of Nebraska at Omaha’s College of Information Science and Technology from 2010-2013.

Steve is a native of Philadelphia, Pennsylvania and is a graduate of Santa Clara University in California.

Canvas Co-Founder and CTO Maria Telleria brings her vision, values, and Ph.D. from MIT to bear on a construction industry in need of reinvention. Maria grew up in Mexico until she was 14, when her immediate family moved about an hour north of Detroit to Lake Orion, Michigan, where her father sold tools for the auto industry. Being around factory plants while growing up deepened her interest in the field and commitment to be an engineer. Once at MIT as an undergraduate, Maria knew mechanical engineering was her calling even though it was initially a step back from the tangible into the theoretical. Ultimately, she wanted to build things, and constantly questioned why difficult and often dangerous tasks were still being done by people. Maria stayed at MIT for a Ph.D., with her work focusing on centimeter-scale robotics (tools that can get into small places) and “no barcode” machines (inexpensive, low-energy use robotics feasible for one-time use). The DARPA-funded work was a collaboration between MIT and Boston Dynamics, which is where one of her future Canvas co-founders, Kevin Albert, was stationed.

Maria's company, Canvas, is developing an industrial robot for applications in the construction industry to free workers from repetitive, physically taxing, and dangerous tasks. The company was incubated at Otherlabs, an accelerator specializing in advanced manufacturing, energy, robotics, and software and hardware interfaces. 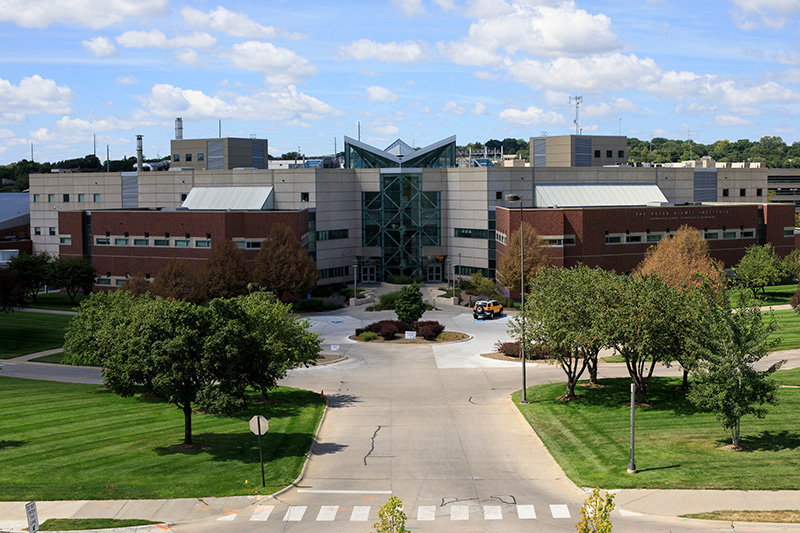 On October 7th between 5:30pm and 8:30pm, the conference committee is pleased to host all delegates for a pre-conference welcome reception in the University of Nebraska Omaha's Peter Keiwit Institute Building. The reception is sponsored by the Greater Omaha Convention and Visitors Bureau in partnership with the College of Information Science & Technology.